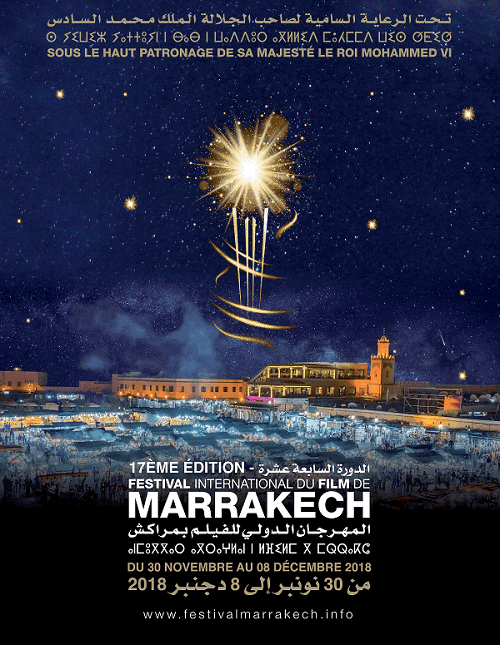 THE FESTIVAL RETURNS WITH A NEW SELECTION COMMITTEE AND LAUNCHES THE FIRST EDITION OF THE ATLAS WORKSHOPS, A SUPPORT PROGRAMME FOR MOROCCAN, ARAB, AND AFRICAN FILMMAKERS

After a one-year hiatus, taken to reflect on the event’s curatorial direction, the festival returned with a new selection committee, new sections, and the Atlas Workshops, a new programme to support filmmakers from Morocco, the Arab world, and the African continent. Alongside Gala and Special Screenings and a Competition dedicated to first or second feature films, several new sections were brought to life: The 11th Continent, a survey of films that challenge aesthetic or narrative codes; a Moroccan Panorama featuring the best recent films by national directors; and Cinema for Young Audiences, aimed at the film aficionados of tomorrow. In order to continue to broaden its audience, the festival retained its Tributes, Jemaa El Fna, and Audio-Described Cinema sections. Among the honorees of the Tribute programme was the much-celebrated American actor Robert de Niro, whose Étoile d’Or was presented by his long-time friend and collaborator Martin Scorsese, many of whose films feature De Niro in starring roles that are among the classics of the last fifty years. Also recognised were the late seminal French director Agnès Varda, who sadly died just a few months after attending the festival, and Jillali Ferhati, one of the fathers of Moroccan cinema, who was honoured at a ceremony attended by a group of local cinema professionals. The Competition jury, presided over by American director James Gray, awarded the Étoile d’Or for Best Film to Joy, a social drama about human trafficking by Sudabeh Mortezai, an Austrian filmmaker of Iranian origin. Alongside its film selection, the festival expanded its Conversation With programme, bringing audiences into encounters with world cinema greats like Mexican director Guillermo del Toro, Egyptian filmmaker Yousry Nasrallah, and Romanian director Cristian Mungiu—just some of the significant personalities invited to exchange ideas with Marrakech audiences.
Through its newly launched Atlas Workshops, the Festival seeks to support a new generation of Moroccan, Arab, and African filmmakers, and to create a space for exchange between international professionals and regional talents. In 2018, the industry platform, created with the support of Netflix, brought together more than two hundred professionals from around the world. 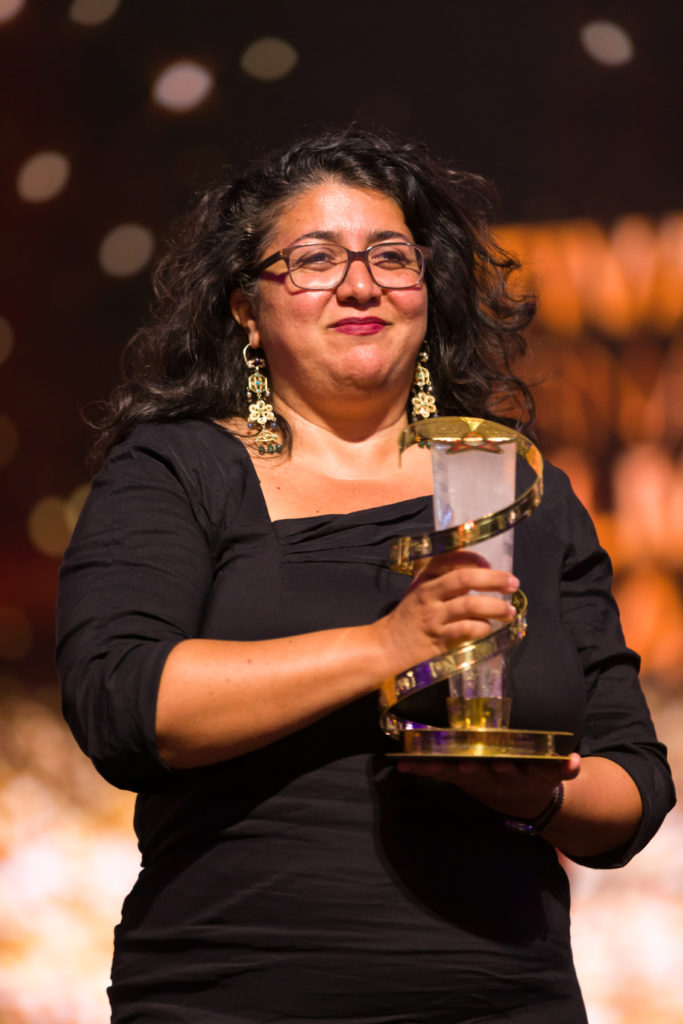 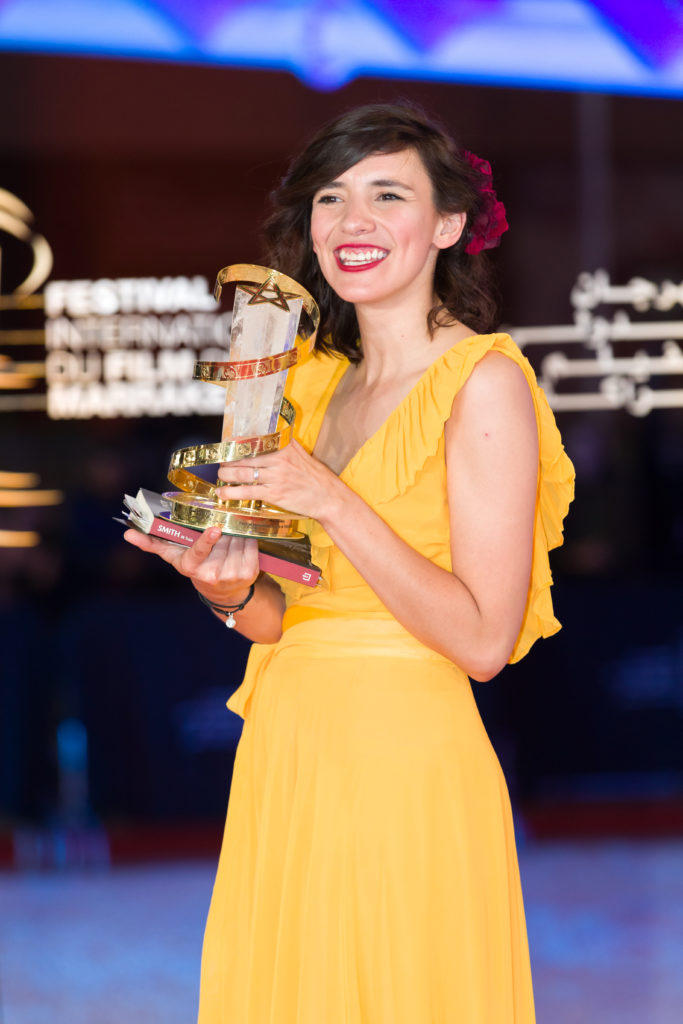 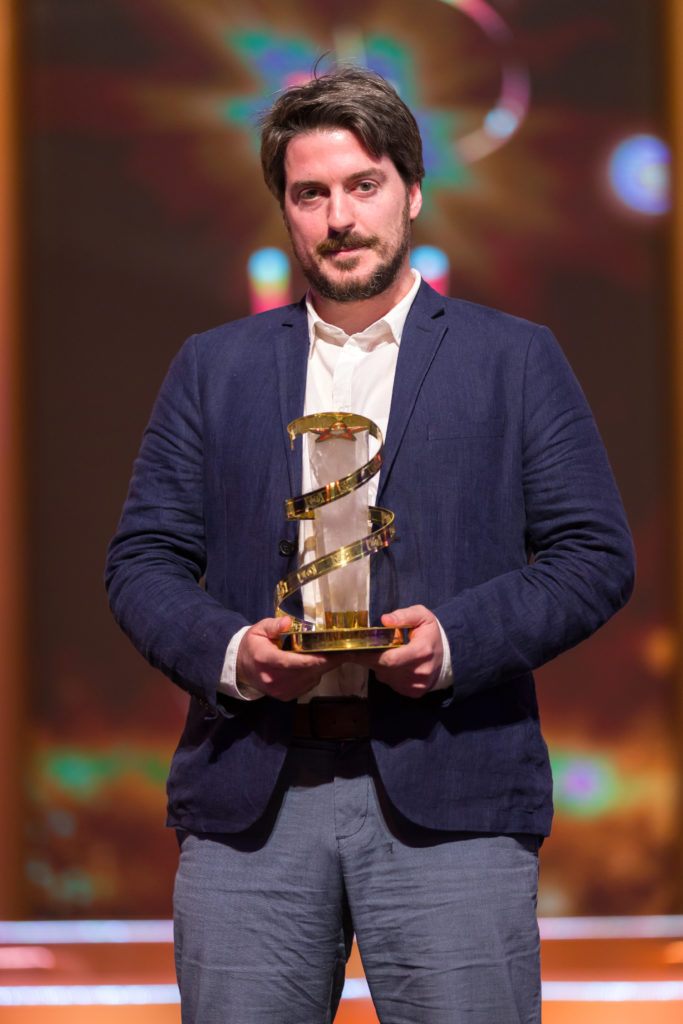 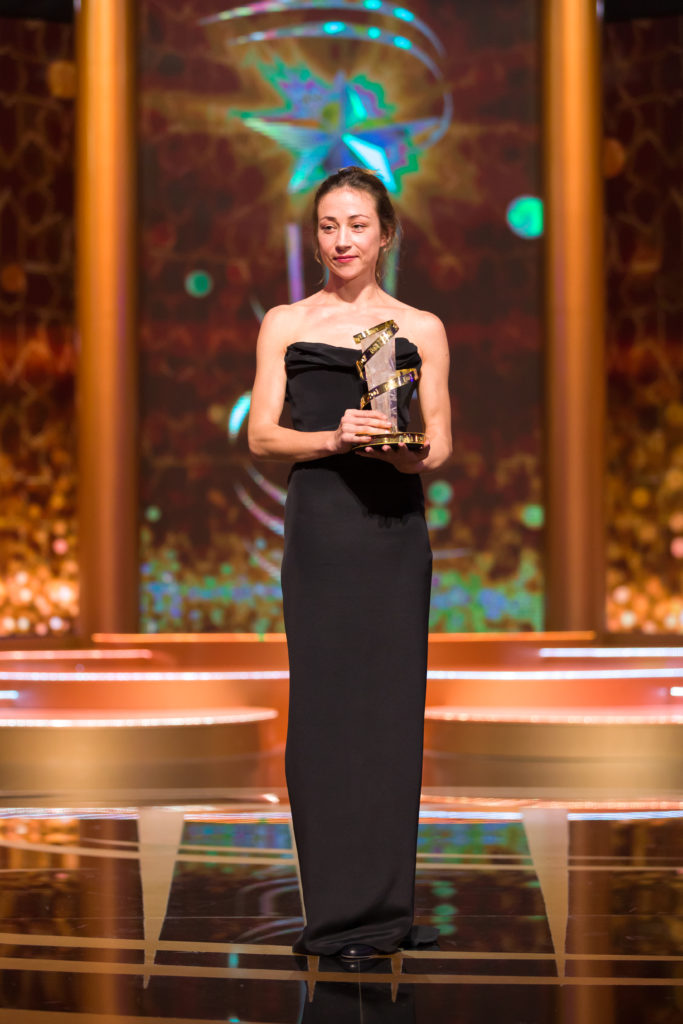 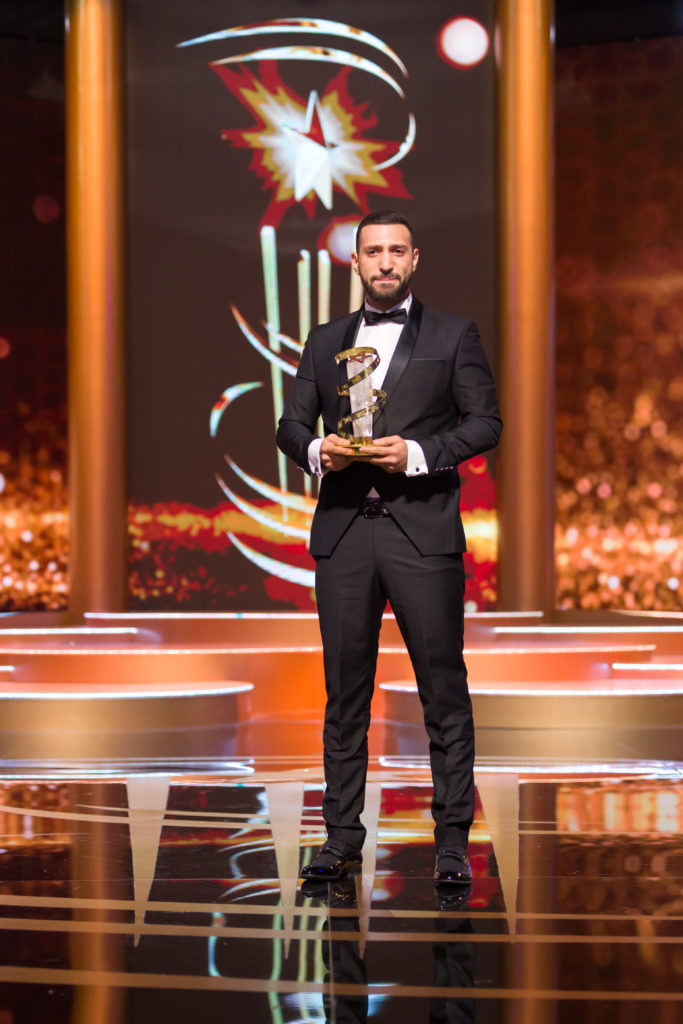 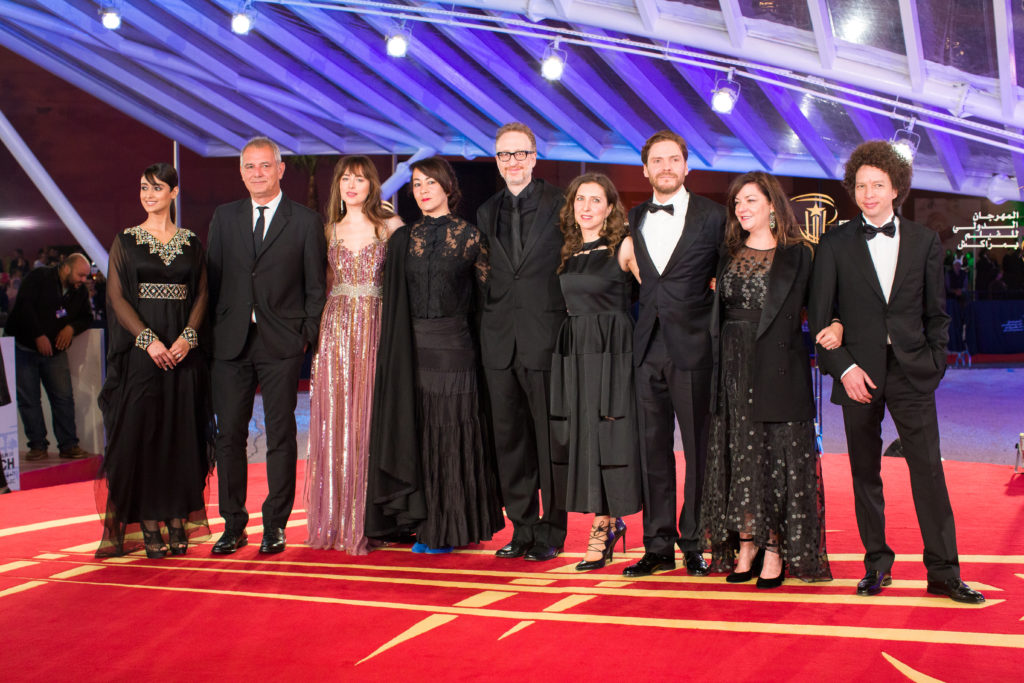 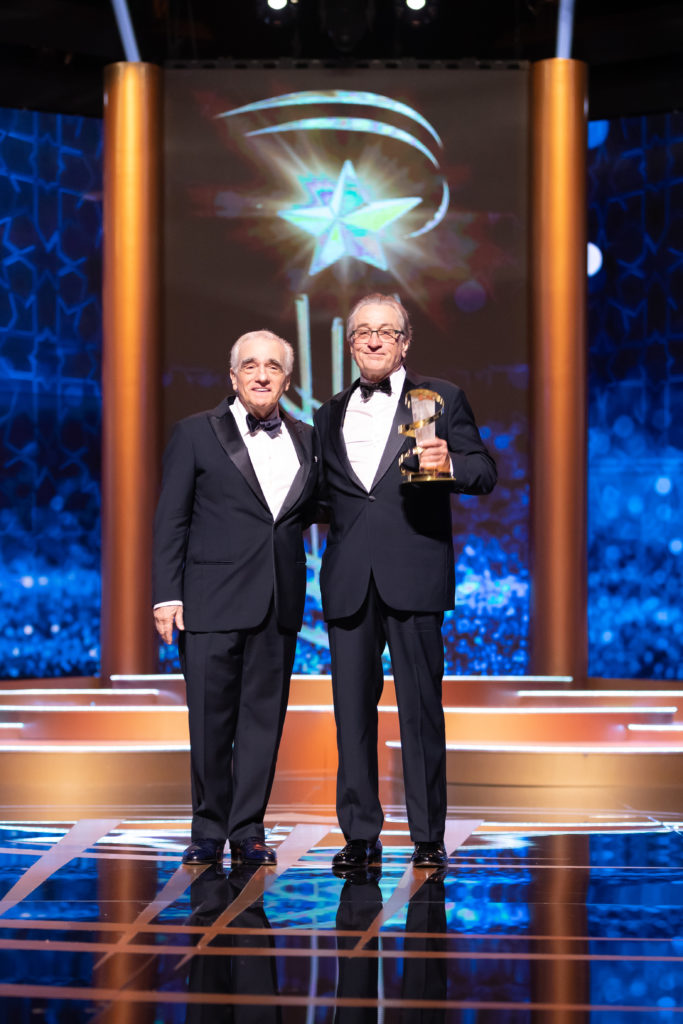 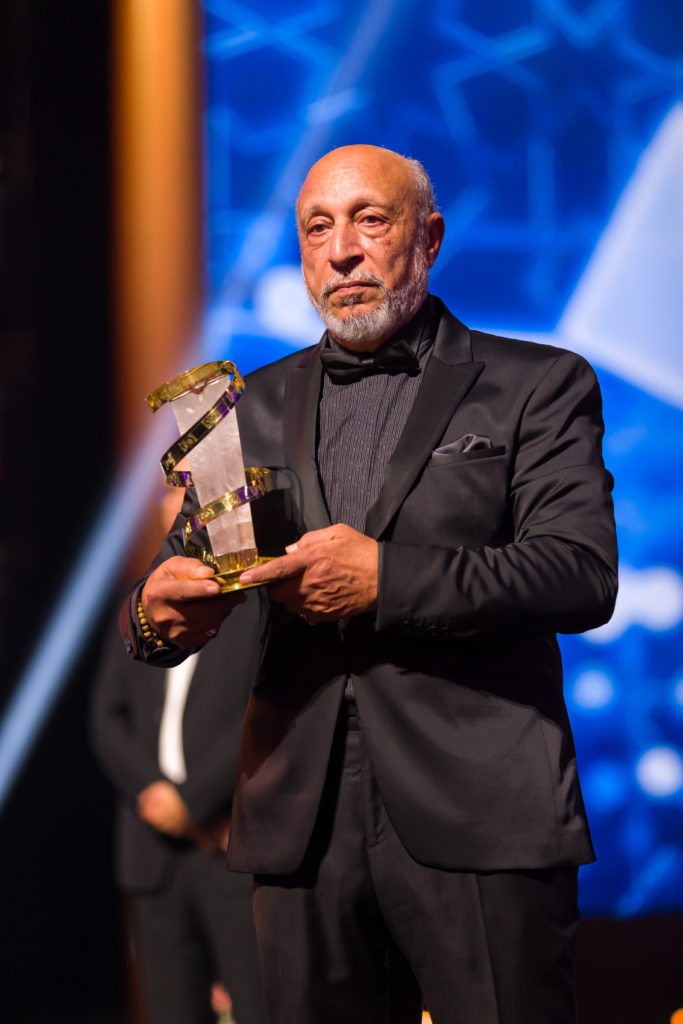 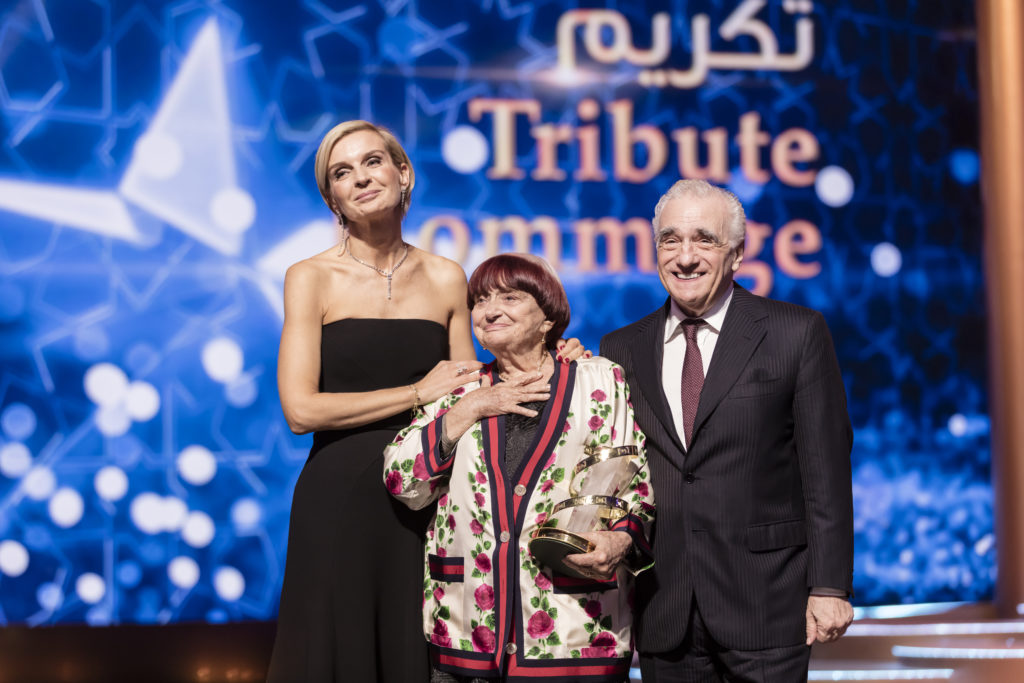 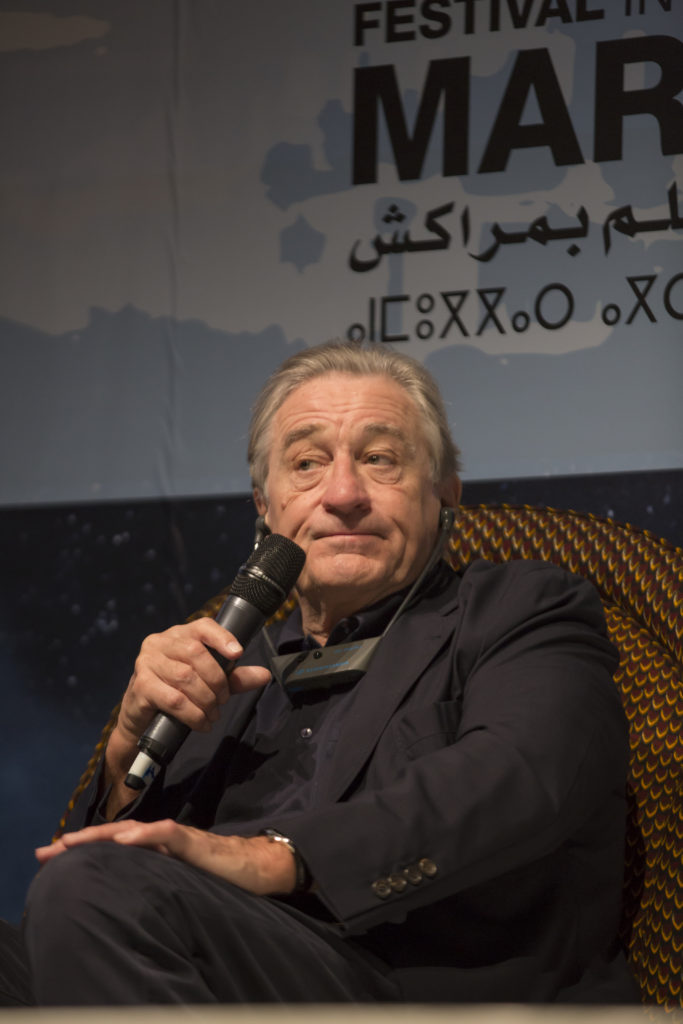 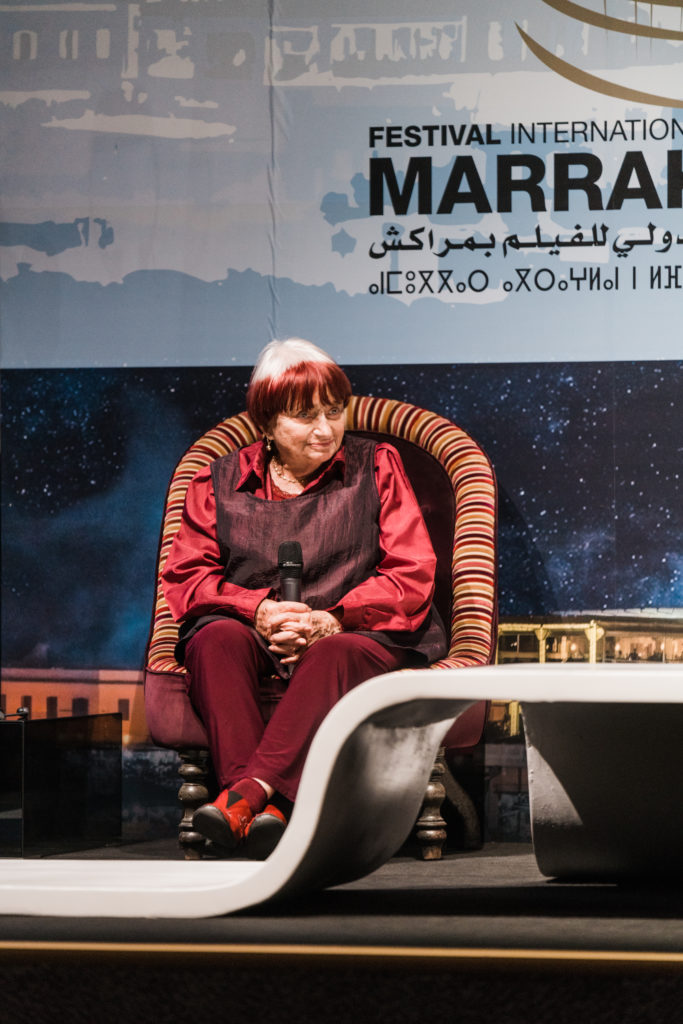 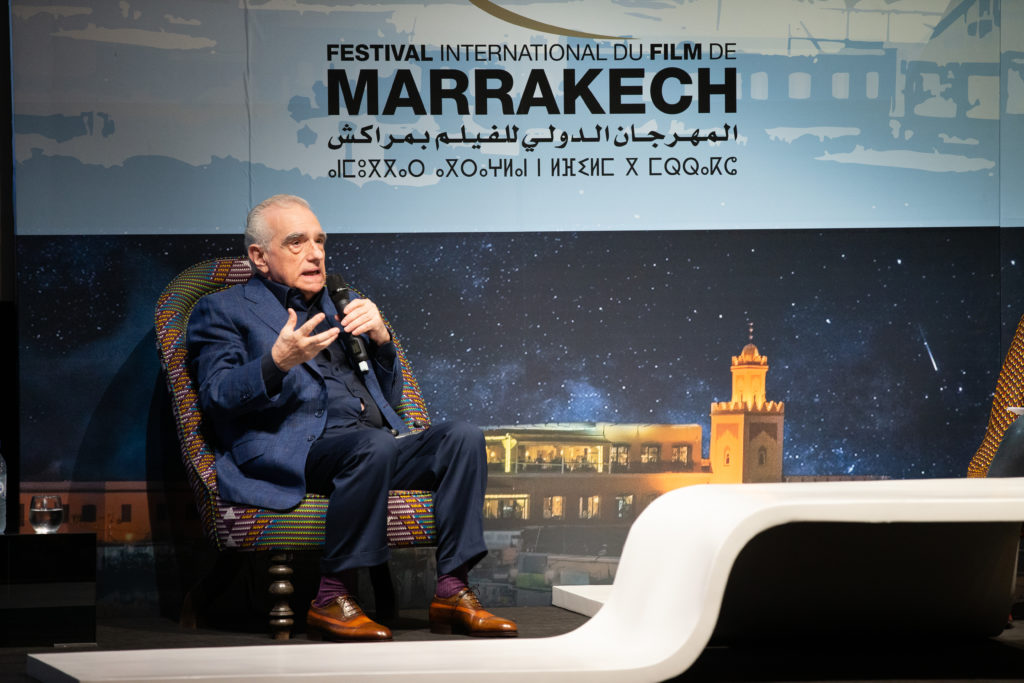 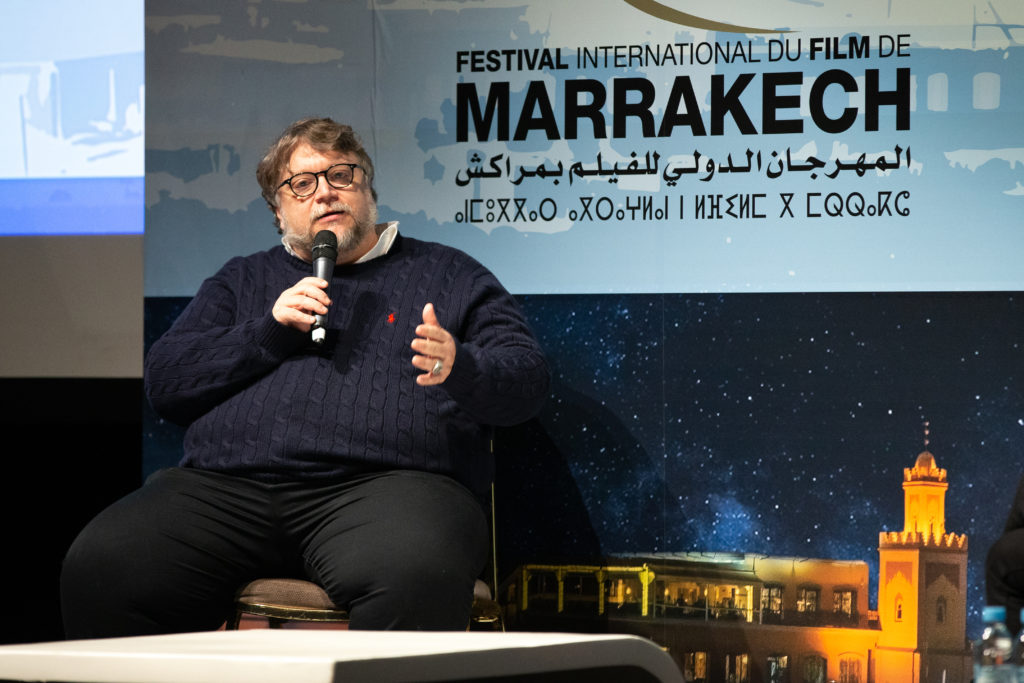 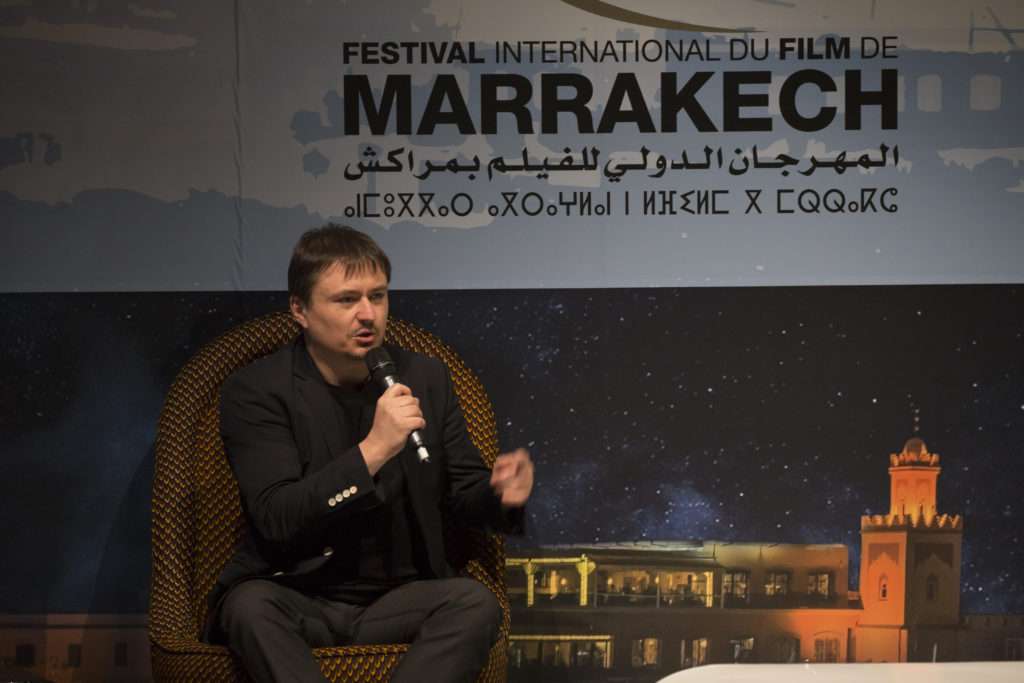 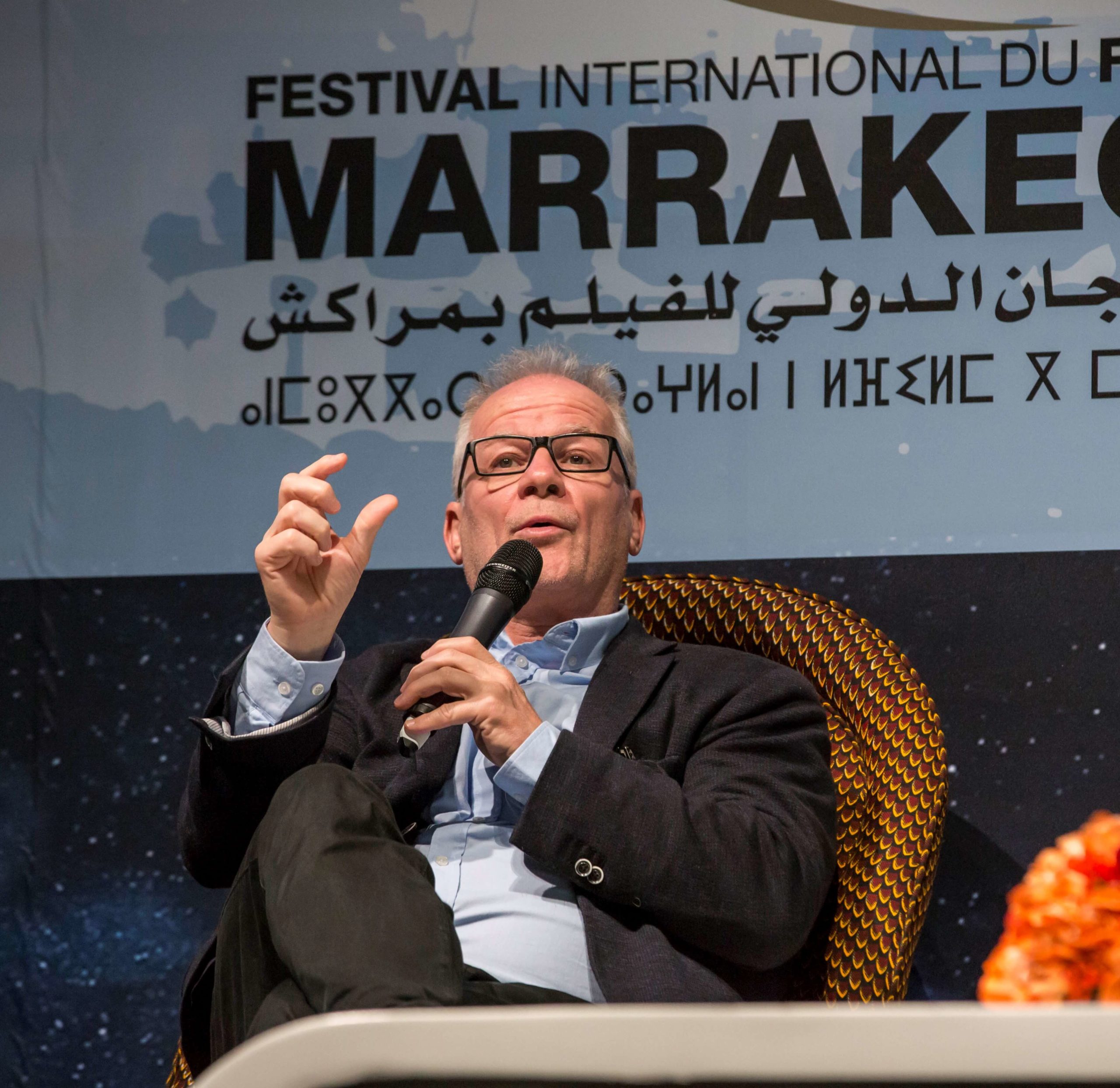 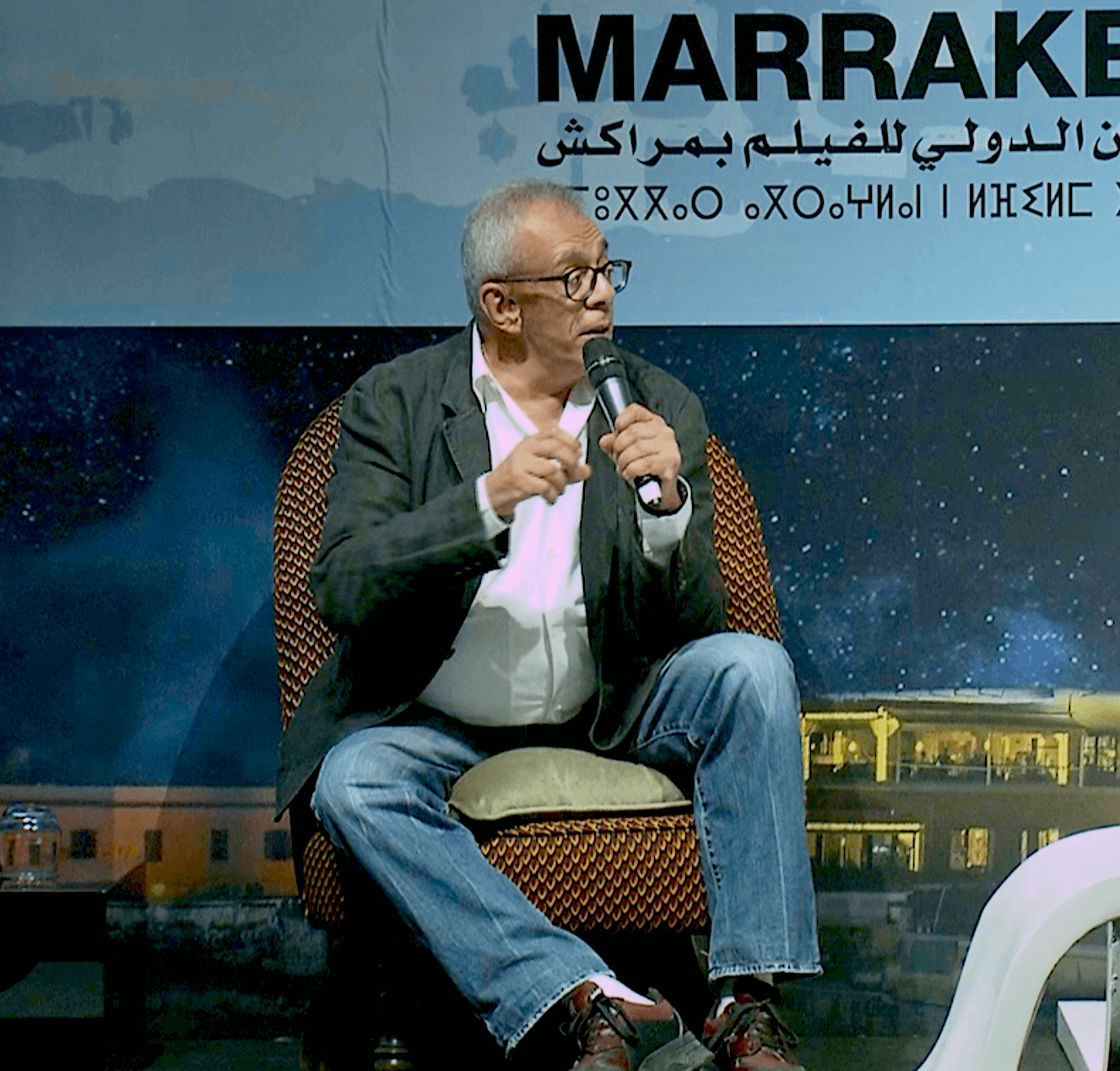